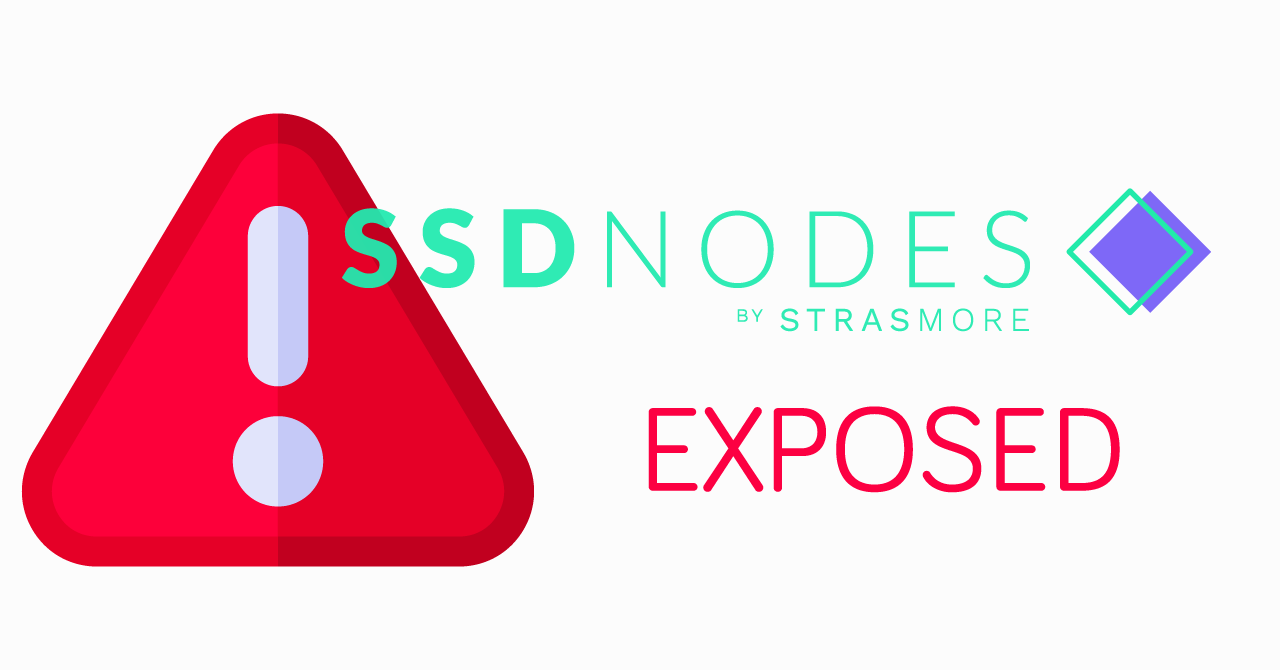 SSD nodes is a reseller hosting by Starsmore- a fake company, offers poor shared servers with deals trap, runs by a group of Fraudsters and Cheaters CEO Matt Connor.

Warning:Don’t ever think of buying anything from SSDnodes. You will end of giving your all money and time. Once payment is made. It is not going to back and You will end up having nothing but an overloaded server works similar to shared hosting. Don’t trust on their refund policy.

I was looking for a cheap server and discovered SSDnodes and saw a running deal mentioned here https://news.ycombinator.com/item?id=13798714 on https://www.ssdnodes.com/startup-specials/

It was going to end in 1 day so I asked my friend to buy it for me and we immediately bought the server. I was happy that I got this deal just before it ends and started to Install cPanel and Softaculous Installer.

I created 1 ticket for help and the estimate support time was 24hr which is really bad. However, I was happy that I got this deal and support team might be busy with huge sales.

The first week was all about server setup up and moving 2-3 sites and It was fun. I was able to notice that the server is fast and I can run multiple sites.

It was all good until I come to know that sites were not working just after 2-3 days and I had to make a reboot to get it online. It back online but I was worried about what will happen in future.

More than 2 weeks and the server starts receiving downtimes, slow responses. I logged in cPanel, saw the resources. Everything was good then what was the problem?

I contacted the support team and they said that I can use KVM which gives better performance and so I canceled it and Bought the KVM preview VPS. Again, everything was set up but the server was not working as we can expect from what SSDNodes is mentioning on the sales page.

I gave them the time as they said it will get better and it never happened. At last, after using it for 5-6 months, I canceled it and asked for a refund. Then I came to know that they offer 14days refund and after that, you will get SSDnodes credits to use it in a future purchase.

I made the mistake to not read the Refund Policy. I got the Pro rated credit and thought to use in future.

From Last 1 year, I was looking for every sale they were offering and I was shocked that It never ended.

Start-up deals, Anniversary deals, Black Friday deals, every time runs 365days a year. Who celebrates them every day? It was the practice to bring and attract customers with these deals and trap users with up to 90% discount.

The sales Page is fake, the timer is Fake. Pages permalinks get changed and minor changes in discount and config.

Everything is well planned to trap the users and cheat them by offering Poor performance servers bought from a different company like OVH, Softlayer and more.

Hey @HIVELOCITY, how are you related to Strasmore (@SSDNodes)? 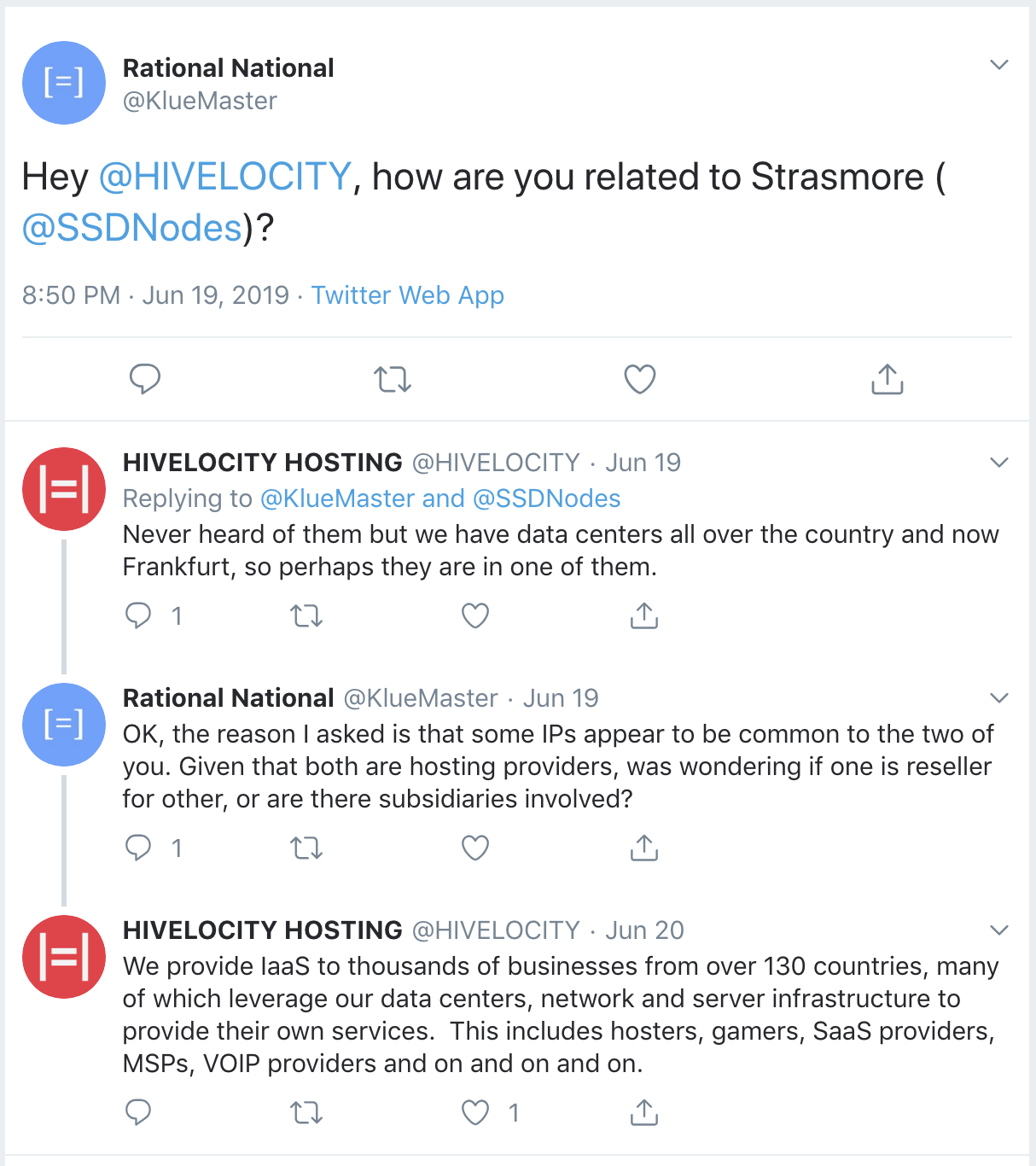 I re-thought to give it a try but saw the recent reviews. Nothing is changed. They are still cheating users with the same trap. The Support Team is fake which and claims to own huge user base but I never saw more than 4-5 customer support after creating multiple support tickets in a year.

Support Team 1) Aaron P. 2) Arun P. 3) Hayden H. 4) Haris H are not supportive and takes days or even weeks to solve a simple issue. They have no knowledge of the server configuration, setup and what to do when something not working.

When it comes to refund, they will ignore you like this 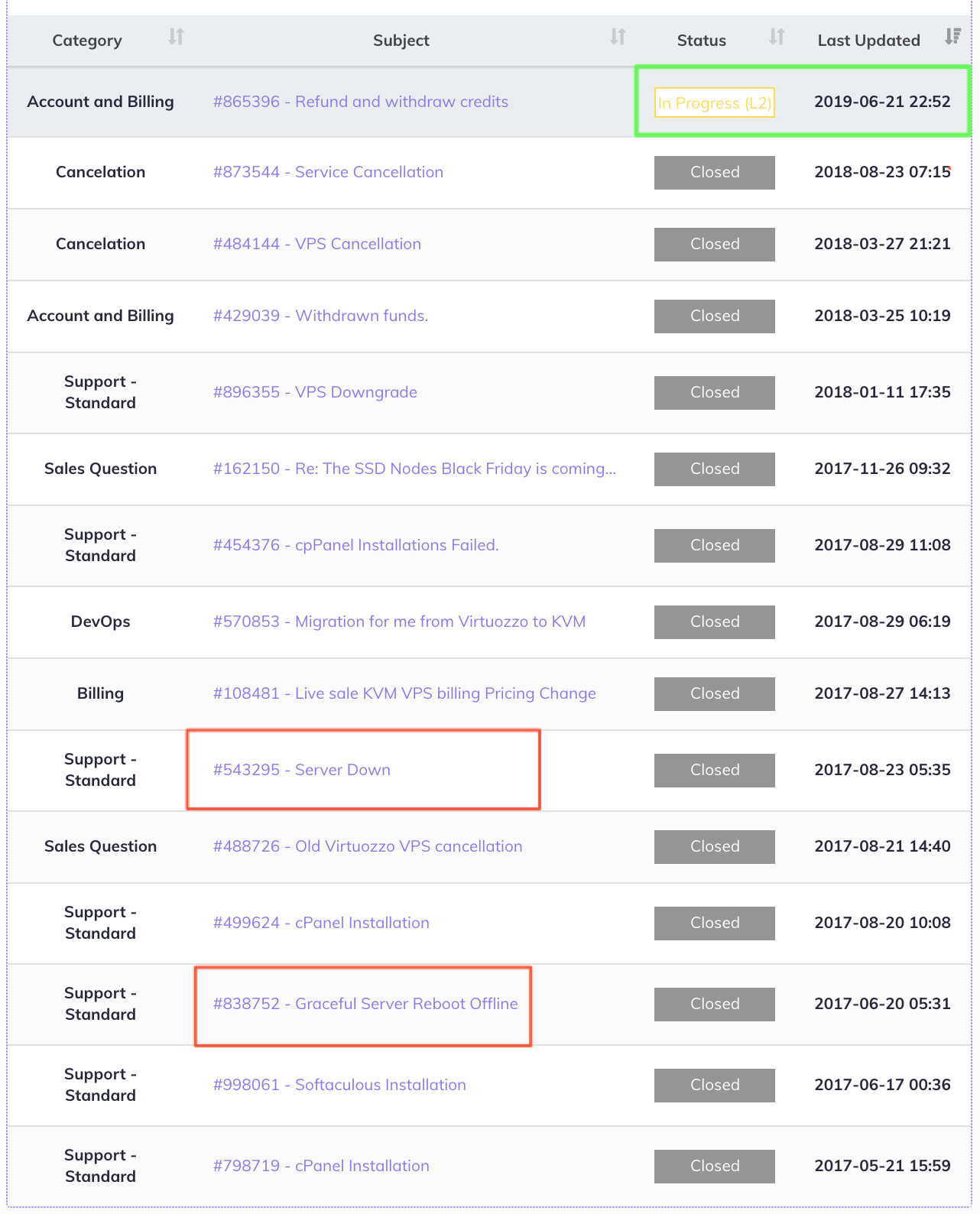 I have personally tested the servers including their Virtuozzo and KVM servers and two different plans. I don’t know they are comparing SSDnodes with top providers like Digitalocean and vultr.

They claimed to offer 100% uptime which is totally false. I received multiple downtimes for more than hours with slow responses.

I have $227 SSDnodes credits left in my account and I no longer wants to use them. Asked for the refund and withdraw, Ignored and received that they can’t refund it now because i have given them more chance they deserve.

It was my fault for trusting a company like SSDNodes who takes someone’s money and never return it.

Don’t Trust them and Go away from this hosting company as soon as you can.

You can get better performance with the smaller config. from the cloud providers like Digital ocean, Upcloud, Linode and vultr.

You can also buy affordable servers from Online.net, Hetzner.net which are far better than SSDnodes. They are monthly based and so you are always free to leave. I have used both and they are amazing at a little higher price and that is for dedicated servers and not VPS.

Don’t ever think to try SSDnodes, You will end of losing your all money and time reading stupid answers from their Support Team.

SSDnodes is a complete Scam and fraud but their support team are big scammers.

Trust issue? Here are some reviews from other users.

Premium WordPress hosting for everyone, small or large.
Powered by Google Cloud.

We have crafted this blog with care and love. All the Tips and Tricks are tested by the author.

Get the latest news and deals related to SEO, Blogging and WordPress.